Don’t have the book yet? You can find it here:
Amazon, Barnes&Noble.com, Kobo, or iTunes

Or if you like, add it to your Goodreads shelf here.

Okay, now that we got that out of the way, are you curious about what I listened to as I wrote the book?

Music is—and has always been—a universal language. Even if we don’t understand the words, we intuitively understand its mood—what it’s trying to communicate via its unique combination of notes, rhythms, and beats. Because of this, I spend a lot of time planning my playlist for a story. The songs have to fit the characters and the situations they face.

Here’s the playlist I built for COME HELL OR HIGH DESIRE, and my rational behind these choices. These aren’t in order of book scenes, but it was my first YouTube playlist so I didn’t really know what I was doing. LOL

Not only does the video for “Like I love you” by Justin Timberlake make me totally think of Zack’s earlier life on the streets, but a lot of the lyrics ring true for how he feels for Sloane (“You’re a good girl, and that’s what makes me trust ya. Late at night I talk to you…”), and how good he is at reading people’s body language (“if you smile, then that should set the tone…”). He’s a very edgy, sensory man.

“Stranger in Moscow” by Michael Jackson hits me square in the gut every time I hear it. It’s a chilling, desperately lonely song that I used to channel Zack’s flashback of his horrific childhood when he’s in the tunnel. I get choked up just thinking about it.

“How’s it gonna be” by Third Eye Blind – this is the kind of tune Zack listens to…gritty, somewhat-folksy, thoughtful music. Because when he does listen, he wants the music to have meaning beyond the sounds—he listens to the words. A line in the song – “I wanna taste the salt of your skin” – that’s something that would resonate with Zack. As I just mentioned, he’s a very tactile man. *shiver* 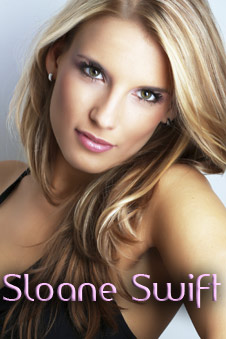 “Diary” by Alicia Keys was on endless repeat on my speakers when Zack and Sloane made love throughout the book. Both of them have trouble with trust because of past betrayals and fear of exposure, so the idea of being able to share secrets with each other—to become one another’s living diary—is at once terrifying and exhilarating. Which is exactly the way incredible sex can be.

“Right Here” by Brandy and “Hold My Hand” by MJ and Akon are songs I listened to a lot as I wrote the final chapter. Each of these song selections say things we all want to hear: a bone deep feeling of peace that someone will stand beside us—love us—no matter what challenges we face in life.

MJ’s “Scream” perfectly encapsulates the inner psychological static Sloane is trying to outrun through a lot of the book. She’s viewed her gift as a curse for so long because it’s brought her nothing but grief, pain, and ostracism. So when Zack pressures her to help him, she freaks out…but holds her crazy inside. Until she can’t anymore. This is a fabulous “fuck off, I’ve had enough” song.

I used “Grenade” by Bruno Mars when I was feeling Zack’s angst over a past destructive relationship. Anyone’s who’s been thrown under a bus by someone you once trusted can appreciate this song.

“Lonely no more” by Rob Thomas is an oh-so-sexy tune! I used this song in that in-between place when Zack and Sloane were magnetized by each other, but still mightily denying that attraction.

“One Step Closer” by Linkin Park was my go-to song for Sloane’s scary visions and her up-close-and-personal with the villain. A song that makes me break out in goose bumps even as it makes me want to bang my head on the wall in time with the beat.

Well, what do you think? And in case you did’t notice, I love Michael Jackson! Any songs resonate with you? What’s one of your favorite songs?

Penny for your thoughts? :) Cancel reply